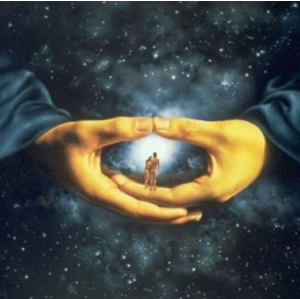 God placed Adam in the garden that He provided for him and gave him authority to rule over the earth and everything upon the earth. In the meantime, Eve was deceived by the serpent, known as lucifer the “shining one”. He planted a seed that both Adam and Eve partook of. This caused their eyes to open, and they knew that they were naked. Because they partook of satan’s seed of rebellion they both experienced a spiritual death and had to exit the garden. They became slaves of sin and corruption.

After completing creation God rested from all His work, but because of the fall of man God broke His rest (Gen. 2:3). The fact is that man could not redeem himself from the curse of sin. Therefore, the voice of the Lord went walking through the garden on the cool of the day (v.8). This is the first mention of Jesus in the Old Testament. The voice of the Lord walking is a reminder of the first statement that John made in his Gospel.

The word has now gone into redemption. The voice of the Lord cried out “Adam where are thou?” (Gen. 3:9). It wasn’t that God did not know where Adam was and needed to ask. Adam thought that he hid, but there is no place to hide from an Omnipotent, Omniscient, Omnipresent God.

The time had arrived for the redemption plan to unfold. Jesus came down forty-two generations to save sinners from the enemy’s grip. Jesus sacrificed Himself on the cross. His blood covered the mercy seat, and man no longer has to be a slave to sin. The blood of Jesus paid man’s sin debt. You see, the power that set man free is in the blood of Jesus. The voice that came for one man, came again for all. He is the vehicle by which God used to fix the sin problem. Your past, current, and future sins are atoned for. The blood of Jesus reaches forward throughout generations. Jesus is now seated at the right of the Father living to intercede for you and for me. It’s finished!

This is the highlight of the story, satan did not get dominion over a beautiful garden as he thought. He is now the prince of a cursed kingdom which brings forth thorns, thistles, and death (v.18). He is a defeated foe. You can read about the plans for his future in the Book of Revelation Chapters 20 and 21. Justice has been served!

2 thoughts on “The Redemption Love Story”